Thanks to Mike from Chinese Tea Shop for sending over this sample of their Spring Snail Green Tea harvested in Spring 2011. Also known as Bi Luo Chun (碧螺春), only the tender tips of leaf buds are used to make this naturally sweet, fresh and flavorful tea. The look of the tea leaves live up to its name; it’s a bright, verdant spring green and curled into its distinctively spiraled “snail” shape. I found the flavor to be subtle, aromatic and slightly toasty. There’s a pleasant sweetness to its lingering aftertaste.

Here is how they describe the tea on their website:

Spring Snail Shell Tea is grown on two famous hills near the TaiHu Lake. The name “Green Snail Spring” originated from an observation that the tea appears as a “green conch in Spring”. In 1699 the great emperor KangXi went to the TaiHu Lake, the local governor SongYing sent this tea to the emperor. Amazed by its fragrance and elegant appearance, the Emperor asked what the name of this tea was. KangXi renamed this tea as “Green Snail Spring” (Green Conch in Spring)”. From then on Spring Snail Shell has been famous all over the country. This name comes from its bright green color, spiral shape and harvesting time in spring. It can only be picked up before the dawn time. In Ancient times only unwed virgin women were trained and qualified to pick up tea sprouts. When these women would pick the tea leaves, they would store them inside their chest pockets close to their breasts, so that the tea will be merged in the fragrant odor of the virgin women and get a special smell. That is why this type of tea is also called “Green Snail Spring with the fragrance of breast”. For a long time Green Snail Spring has been called “the first green tea” in China and is well known for its quality. This is a top tier tea, made from the bud and first leaf of each tea plant, resulting in an excellent quality tea.

The unusual and striking appearance of this tea is entirely appropriate to its name. Thin spiral twists of bright spring green leaves are coated in pale, cotton-like fuzz. The tea leaves smell verdant, grassy and vegetal. 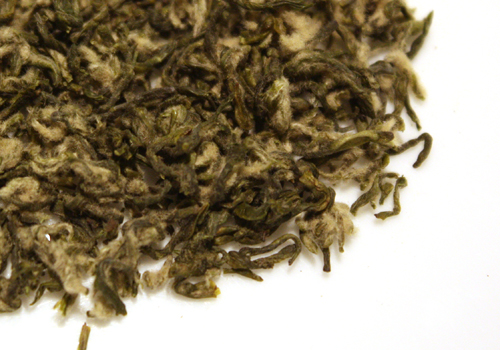 The liquor is a pale, transparent yellow. 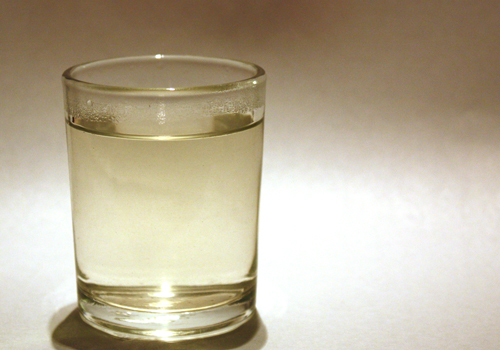 After steeping, the wet leaves have absorbed the water and emerged from their coating of fuzz as tender leaf buds. Rehydrated, they are plump and a bright green. 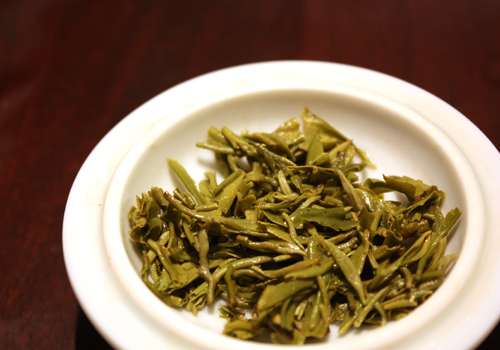 The directions indicate to steep at 80 degrees celsius (176 fahrenheit) for 1 minute. However, I was concerned after the initial infusion because the color and flavor of thea was so light. I wonder if I under steeped it?

The steeped liquor is subtle, aromatic and slightly toasty. The taste was a little watery, but lacking astringency or bitterness. There’s a sweet, lingering aftertaste that was pleasant and refreshing on the tongue.

EDIT: After writing this review, I tried steeping this tea for a second time. This time longer, about 3 minutes. The taste was far more pronounced with a darker liquor and a bitter taste. I think the right amount of time might be around 1.5-2 minutes for a fresh, flavorful cup of tea.

The origin of this tea is Lake Tai, Jiang Su Province in China. I’ve included a map below.

Pricing & Where to Buy

This tea is priced at $$15.71 for a 25g package. If you’d like to try this tea for yourself, you can head over to Chinese Tea Shop’s website here.