Doi Mae Saelong in Thailand is a travel destination which reminds you to savor the journey, not just the destination. Tucked away in the midst of many beautiful mountains, a well-maintained road winds its way up the mountains with sometimes dizzying twists and turns, and offers some splendid views along the way. 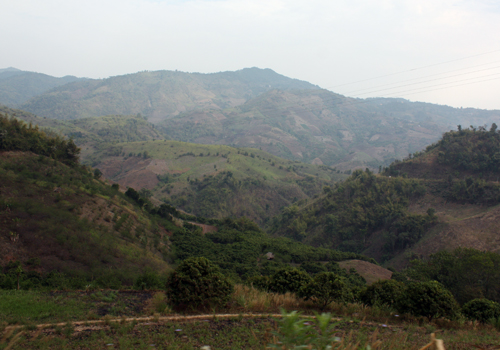 Near the top, we found the little town of Doi Mae Saelong, which was founded by ethnically Chinese former Kuomintang soldiers. While the region used to be a significant source of opium, they have since turned to more mundane industries such as fruit growing… and tea!

In fact, as we drove, we’d spot tea fields along the side of the road. 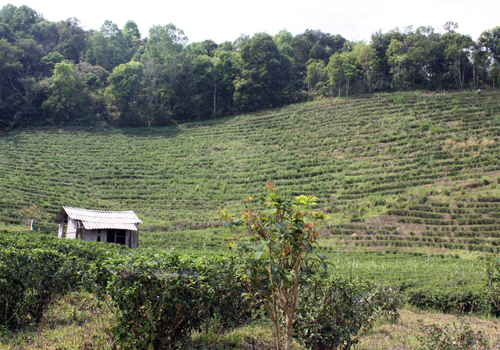 The area is located at an elevation of 1500-1800 meters (~1 mile) above sea level, which creates a crisp, cool and refreshing temperature all year around which is ideal for growing tea. The growing conditions of the area are very similar to Taiwan, which produces some of the best oolong teas in the world. In addition to this, many of the tea bushes growing in Doi Mae Saelong originate in Taiwan.

The province of Chiang Rai produces about 200 tonnes of tea each year. About 70% of the tea production is consumed in Thailand and 30% is exported. 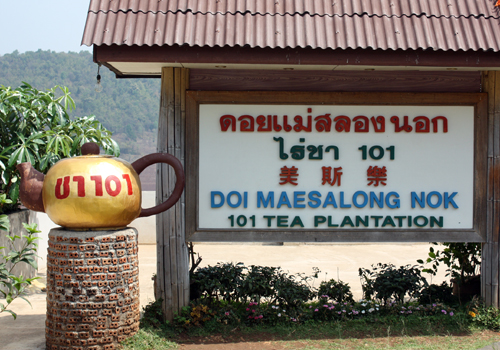 When we arrived at 101 Tea Plantation, it was a gloriously sunny and hot day. The air was practically shimmering with heat, the sprinklers were running over the tea fields, and the bushes were verdant and bright green. 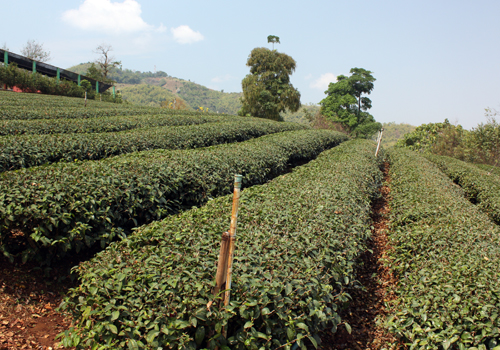 The tea room is perched at the top of a hill overlooking the tea fields. You can see the white-clad workers in the distance. 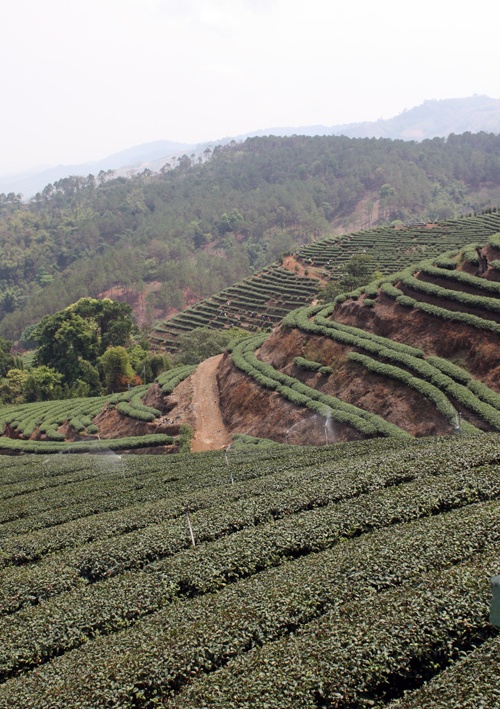 We sat down and had a wonderful tea tasting which will be covered in part 2! Stay tuned.
UPDATE: Part 2 – Tea Tasting at 101 Tea Plantation